A Tale of a Balancing Whale on Its Tail

One of the most intriguing discoveries of a fossil was made in a rock quarry in Southern California. The discovery proved to be an exceptional challenge to the evolutionary belief that each layer of sedimentary rock was formed slowly and gradually over an immense period of time. (see fig. 1.) 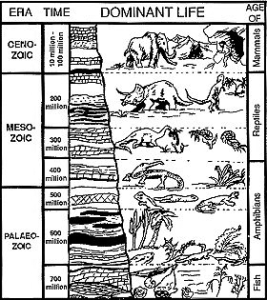 The rock quarry in question is composed of the shells of microscopic sea creatures known as diatoms. (see fig. 2.) Diatoms are extremely tiny plants which live in the oceans. They are about one-fourth the thickness of a human hair. These marvels of architectural engineering are found in three dimensions in all known geometrical shapes—circles, stars, squares, triangles and ovals. The intricate design and engineering of these creatures are evidence of intelligence in their origin. The shells are designed with such remarkable symmetric detail that they are used to check the precision and quality of optic lenses manufactured for microscopes. Also, the white chalky deposits comprised of the shells of these tiny creatures are mined and used commercially for fertilizer, insulation for soundproofing materials and detergent for swimming pool filters. 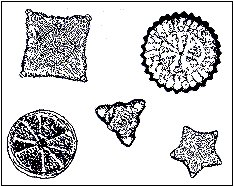 When diatoms die, their shells do not decompose. Instead, they gradually settle down to the ocean floor. Under certain appropriate conditions they form deposits called diatomaceous Earth. These deposits can be hundreds of feet in thickness and be remarkably free of contaminants. Evolutionism asserts that these deposits have been formed gradually over millions of years. The shells are so tiny that evolutionists have assumed that it would require a vast amount of time to form a layer just one foot deep. Such reasoning is based on present-day conditions for the formation of such a deposit.

Recently, it has been discovered that diatom deposits can form in a relatively short period of time. At the quarry in Lompoc, California, during mining operations in 1976, workers came upon the fossil remains of the skeleton of a baleen whale. What is so unusual is that the whale fossil is standing on its tail in the quarry. (see fig. 3.) It is gradually being exposed as the diatomite rock is mined. The fossil is about eighty feet long.

Figure 3. A WHALE OF A TALE 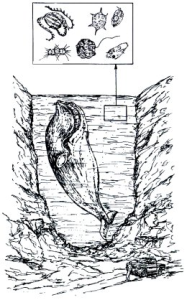 What does this find mean? In a nutshell, it indicates that this formation could not have built up gradually over thousands of years as evolutionists have assumed. The billions of tiny diatomite shells making up the formation had to have been deposited in a very short period of time. For one thing, when a whale (or any creature) dies, it does not, under normal conditions, become a fossil. Secondly, whales don’t stand on their tails—alive or dead! The whale had to have been buried deeply and quickly in wet sediment to seal it off from the atmosphere, bacteria and so forth. Otherwise it would have simply rotted and the skeleton would have decomposed and turned into dust.

Testimony for a Young Earth

Obviously, the eighty-foot-long whale did not remain on its tail so that billions of tiny diatoms could gradually cover it up. The formation containing the whale had to be deposited quickly in order for the whale not to rot, decompose and turn to dust, bones and all.

The whale on its tail is just one of many examples in the universe which testify to a young Earth. It also stands as evidence of the Genesis Flood, which caused catastrophic conditions that quickly formed vast layers of sedimentary rock while at the same time entombing creatures by the millions—like this whale found on its tail. This is only one of many testimonies to a young Earth.